Climate change poses a shared and urgent challenge all around the world. The increasing level of greenhouse gases force us to ponder the related consequences. The Middle East and North Africa region is exposed to physical climate changes threatening living conditions and political stability. Water and agriculture are, in particular, sensitive to the extremes of global warming, given the arid and semi-arid climates of the region. Global warming threatens the lively hood of the Middle East as rising sea levels impact the rapidly expanding urban and industrial coastlines soon, and most cities are ill-prepared for the ravages of cyclones, sand storms, and flooding. Furthermore, humidity may become the most predominant challenge to human life, especially in coastal cities.

Climate change is already posing more immediate threats from armed conflict, environmental degradation, corruption, and social and gender inequalities. The role of long-term environmental mismanagement in intensifying climate change impacts across the region is evident. How communities and governments respond to these evolving climatic conditions plays a pivotal role as they directly affect the severity of effects that follows. In recent years we have witnessed the MENA region become a victim of climate change with forest fires in Lebanon in 2019 and current water shortages in Iraq, Iran, and Algeria. While most countries in the region face challenges with their freshwater levels to the populations, some developed countries have more of an economic buffer than others. It then becomes the responsibility of these countries to lead the charge and steer the region towards sustainability.

During the recent New York Climate Week, the UAE announced the establishment of the UAE Independent Climate Change Accelerators (UICCA) as a bid to counter the impacts of global warming. The UICCA is a non-partisan climate action entity that will bring together public and private sector members, including academic institutions and non-governmental organizations (NGOs), to drive the UAE’s commitment toward net zero by 2050.

In the lead-up to the 2023 United Nations Climate Change Conference of the Parties (COP28 UAE), which is set to take place in Dubai, the UICCA will establish an independent body that enables collaboration, cooperation, and innovation. The UICCA, led by Sheikha Shamma bint Sultan bin Khalifa Al Nahyan, is set to become the first of its kind entity globally. UICCA, under the leadership of Sheikha Shamma, is set to operate as a think tank with a primary focus on providing crucial advice and recommendations to stakeholders on positive climate action that facilitates the transition to a green economy. As per the UN Environmental Programme guidelines, the green economy is “low carbon, resource-efficient and socially inclusive,” with social equity, well-being, and minimal environmental risk at the heart of decision-making. This transition will boost GDP growth, increase job creation, and reinforce the UAE’s position as a global Environmental, Social, and Governance (ESG) hub and first-mover on climate action.

Climate change is damaging human security in the MENA region, yet resilience to climate change has been neglected by most public and political agendas. To better prepare their societies to withstand shocks, policymakers need to depart from top-down paradigms and involve a broader swath of their citizenry in climate adaptation.

No comments to show. 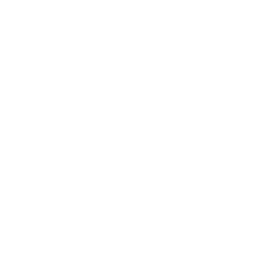